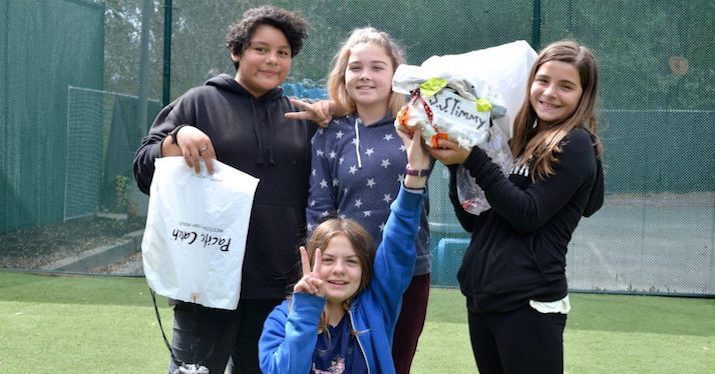 Have you ever gazed up at the stars and wondered what’s out there?

Have you ever imagined what it would be like to be an astronaut?

If given the chance, how would you design your own Mars Lander?

Ms. Antipuesto fearlessly led our middle school classes through their first project-based learning experience of the year in an unprecedented exploration of Mars. Students first learned the ropes in a NASA Boot Camp that helped them understand the laws of gravity and aerodynamics. Scientific knowledge came alive in a big way as students then designed, built and tested their own Mars Landers.  They developed spacecraft blueprints, built a prototype and worked out the kinks through the scientific method. Along the way, teams were guided by experienced professionals including Dr. Helen Quinn, a scientist of Particle Physics, and Dr. Marco Pavone, a scientist who works for NASA. What an honor to have such experts supporting students on our campus!

The culminating event occurred when students watched their Mars Landers in the truest test.  Classmates, parents, and community members looked on as we dropped their rovers from a lift to test the dependability of their design and engineering. I’m happy to announce that most of our little white alien eggs survived the impact zone.

Our students gained many opportunities for deeper learning from the experience including:

In watching the process unfold, it’s clear that our students are the true explorers of the future.