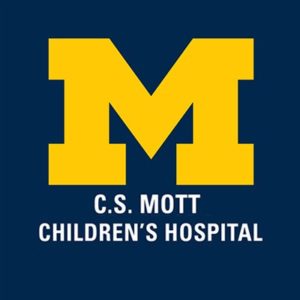 Bullying and cyberbullying top parents’ list of worries when it comes to their children’s health, according to a new report from the C.S. Mott Children’s Hospital National Poll on Children’s Health at the University of Michigan. Close behind are internet safety and stress, motor vehicle accidents, and school violence.

Each year, the C.S. Mott Children’s Hospital National Poll on Children’s Health asks a national sample of adults to identify health topics that are a “big problem” for children and teens. The Top 10 health concerns for children for this year were:

New for 2017, the Mott Poll asked poll respondents who are parents of children 0-18 years about their level of concern for whether child health topics might impact their own children. Overall, the highest proportions of parents were “very concerned” about bullying/cyberbullying, internet safety and stress. The next most common issues concerning parents were motor vehicle accidents and school violence.

The poll showed both similarities and differences in key health concerns for parents of children of different ages. Motor vehicle accidents, bullying/cyberbullying and internet safety were common across all groups, suggesting that parents considered ways in which these issues could impact their child today and in the future. In contrast, concerns about cancer were more common among parents of children age 0-5, while parents of teens were more concerned about depression.

Results also showed patterns by the racial/ethnic groups of parents. For black parents, racial inequity was the key issue most parents were very concerned about for their child. Many black parents were very concerned about other issues affecting the safety of their children in the broader community such as school violence and motor vehicle accidents. Both Hispanic and white parents more commonly identified bullying/cyberbullying and internet safety as very concerning issues. For Hispanic parents, stress was also identified as a common area of concern.

Read the full article on the University of Michigan website or download a PDF of the report.