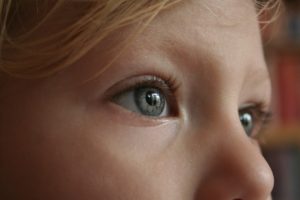 Children who believe intelligence can grow pay more attention to and bounce back from their mistakes more effectively than kids who think intelligence is fixed, indicates a new study that measured the young participants’ brain waves.

Led by scholars at Michigan State University, the research suggests teachers and parents should help children pay more attention to the mistakes they make so they can better learn from them, as opposed to shying away from or glossing over mistakes.

Published online in the journal Developmental Cognitive Neuroscience, the study is one of the first investigations into mindsets and the related brain workings of children. Participants’ average age was 7 – a time when most children are making the often difficult transition to formal schooling and when mindsets have their most noticeable impact on academic achievement.

For the experiment, 123 children were assessed on whether they had a growth mindset (in which they believe people can work harder to get smarter) or a fixed mindset (believing intelligence is set in stone).

The children then took a fast-moving accuracy task on a computer while their brain activity was recorded.

Within half-of-a-second after making a mistake, brain activity increases as the person becomes aware of and pays close attention to what went wrong. Essentially, a bigger brain response means the person is focusing more on the error.

The study also showed that children with fixed mindsets were also able to bounce back after their mistakes, but only if they paid close attention to the errors.